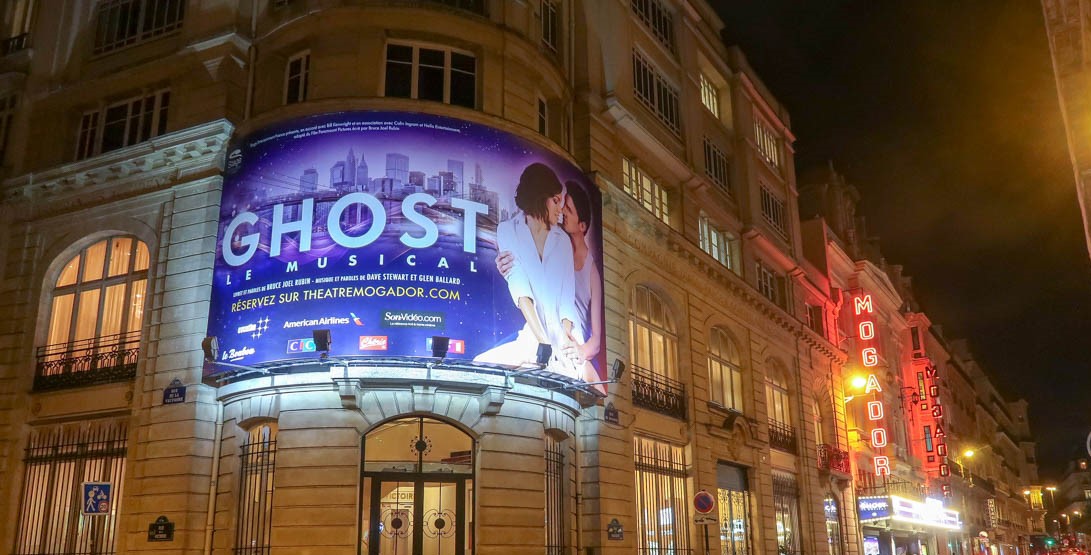 This musical, created in 2011 in London, has a great career in the United Kingdom, where each stage of his tour was greeted by an enthusiastic audience, and in the United States. It has also been produced in Russia and more recently in Germany.

The musical takes the strong elements of the 1990 film screened by Demi Moore and Patrick Swayze, starting with the song Unchained Melody (a 1965 hit that is due to the Righteous Brothers).

Ghost navigates between love story, thriller and supernatural: a young couple, Molly and Sam, settles in a loft in Brooklyn to build a radiant future but everything collapses when Sam is fatally wounded in a fight. From the body of Sam escapes a ghostly double, who does not resolve to leave the love of his life, when he understands that his death is not as accidental as it may seem and that a danger hangs over Molly . Through a colorful cartomancer (irresistible Whoppi Goldberg on screen), Sam will be able to get in touch with Molly …