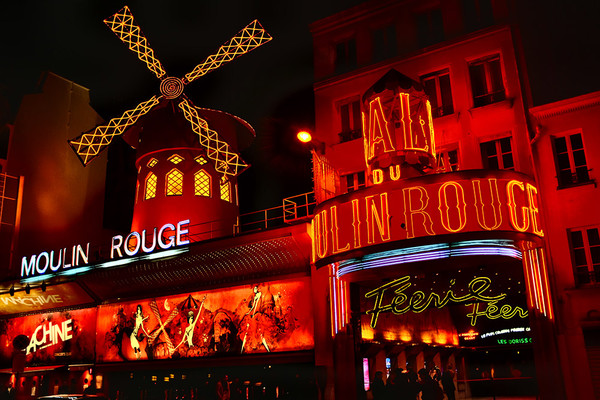 The Moulin Rouge blows this year its 130 candles.

This famous cabaret opened its doors on October 6, 1889, under the direction of Oller and Zidler, who launched a bold bet, that of making the Moulin Rouge “the palace of the dance and the woman”. This new cabaret is luxurious, bigger and more elegant, compared to other cabarets that existed then.

Successful bet for the Butte Montmartre cabaret, which has become a Mecca for the Parisian party.
Who says Moulin Rouge, also says French Cancan, still performed by Doriss Girls, and Doriss Dancers with impressive acrobatic flexibility.
Today, the cabaret has no less than 60 artists from around the world, who perform twice a night, in the greatest French tradition of Music Hall.
Book Now