To Visit: Basilica of St Denis 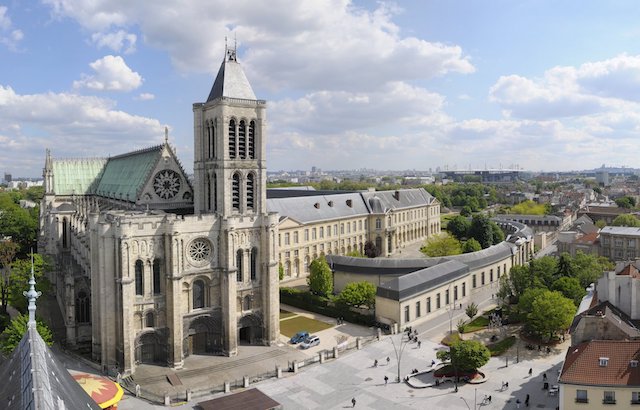 The cathedral basilica Saint-Denis is a Gothic church, located 5km north of Paris in the department of Seine Saint-Denis in the Ile-de-France region.
Founded as an abbey, it has the status of cathedral since 1966.
The former royal abbey of Saint Denis is associated with the history of the world of the Franks. The abbey church was called “basilica” since the Merovingian period like many other churches. It stands on the site of a Gallo-Roman cemetery, burial place of St. Denis martyred around the year 250.
The transept of the abbey church, of exceptional size, was intended to accommodate the royal tombs. It has become the necropolis of the Kings of France since Robertiens and Capetian direct, although several Merovingian kings, then Carolingians had chosen to rest there before them.
There are no less than 39 Kings of France and 22 Queens buried in the Basilica of Saint-Denis.
From the Hotel Opera d’Antin: Walk 10 minutes to St-Lazard train station and take line 13 towards Saint-Denis-Université, stop at the Basilique de Saint-Denis station. Once out of the station, the Basilica is 400m away.
Book Now